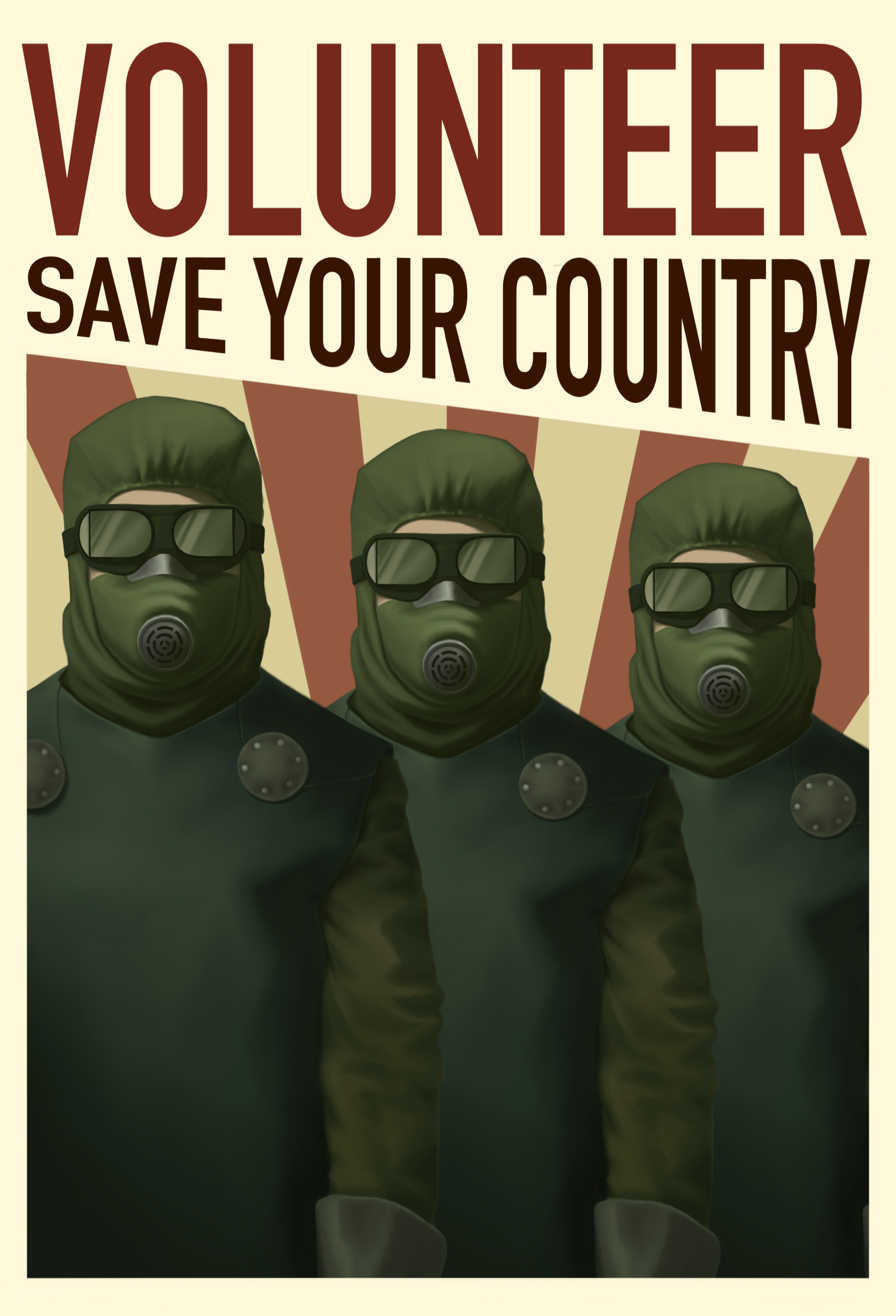 At 1:23 in the morning on April 26th 1986, the Chernobyl nuclear reactor witnessed a nuclear disaster unlike any before. The following weeks were some of the most uncertain times in the event, as thousands of emergency responders and volunteers surged to help in the cleanup efforts.

These people were known as the [b]Liquidators[/b].

In particular, 3 Liquidators by the names of Boris Baranov, Valeri Bezpalov, Alexei Ananenko made an effort 2 weeks after the meltdown, which required them to tread directly under the melted down reactor to release the pressure in particularly volatile valves. It is without a doubt that if this act of heroism were not completed by these men, the reaction between the water and the radioactive matter would've have spread the nuclear fallout well into Europe, making it uninhabitable for centuries to come.

Liquidators puts the extreme responsibility and risks taken by these heroes in the hands of the player.

As was stated in the Mission Statement, Liquidators was created by a team of volunteers for the sole purpose of bringing attention to the heroes portrayed, and all of the Liquidators who sacrificed endlessly so that others did not have to. None of the developers have earned any money from the production of this game, and this game will always remain entirely free. Instead of monetizing our game we are working with Chernobyl Children International, a charity working to aid the victims of the Chernobyl disaster, to bring attention to what matters most. Many of the families of these brave heroes still suffer from the effects of Chernobyl.

The Liquidators team would like to humbly ask that our players take the time to read about the works of the Chernobyl Children International charity, and if at all possible, donate.

Adi Roche is the founder and voluntary CEO of Chernobyl Children International (CCI) and was one of the first responders to the humanitarian crisis which ensued after the Chernobyl nuclear disaster in 1986.  For over 34 years, CCI has worked tirelessly on our mission to restore hope, alleviate suffering, and protect current and future generations in the Chernobyl regions, by passionately advocating for the rights of all of those affected by the devastating accident.  Chernobyl is not something from the past; Chernobyl is FOREVER.   The impact of that single shocking nuclear accident can never be undone; its radioactive footprint is embedded in our world forever and countless millions of people are still being affected by its deadly legacy today.

The Liquidators of Chernobyl – the soldiers and civilians; the helicopter pilots, the firemen; the miners and the engineers –  who were conscripted into the Chernobyl nuclear blaze to undertake the deadly task of trying to contain the leaking radiation that was already spreading across dozens of European countries, are true and noble heroes. Like the brave rescue service heroes of New York’s 9-11 tragedy, the Chernobyl Liquidators, these courageous and noble men, should be rightly honoured and recognized today as The Heroes who saved Europe and the World!  Their self-sacrifice is unparalleled in human history.

In recognition of her outstanding humanitarian efforts, Irish woman Adi Roche was awarded the two highest national honours in Belarus, the Frantsysk Skryana Order and the Liquidators Medal in 1998, as well as receiving an invitation to take the Belarussian UN General Assembly speaking slot in 2016.   This unprecedented invitation showed Belarus’ recognition of CCI’s humanitarian work, and resulted in the UN officially declaring April 26th  ‘International Chernobyl Disaster Remembrance Day’.  CCI are honoured to be the sole organisation working in the Chernobyl area to be accredited with UN official NGO status.

For more information on the work of CCI, and how you can help, please visit:
chernobyl-international.com

3 Chernobyl Liquidators go on a mission to save half of Europe. Every moment is permanent, and all is at stake.